Want to see some growth hacking tactics brought to real life? Today we’re gonna look at some mini case studies depicting success stories where growth hacking worked out well. None of these were downloaded from the internet featuring fancy companies like Airbnb or Slack. Each and every one was achieved by me and my team for companies like yours.

So, if you want a realistic take on growth hacking, here it is. Happy reading.

Get Promoted by Influencers for Free 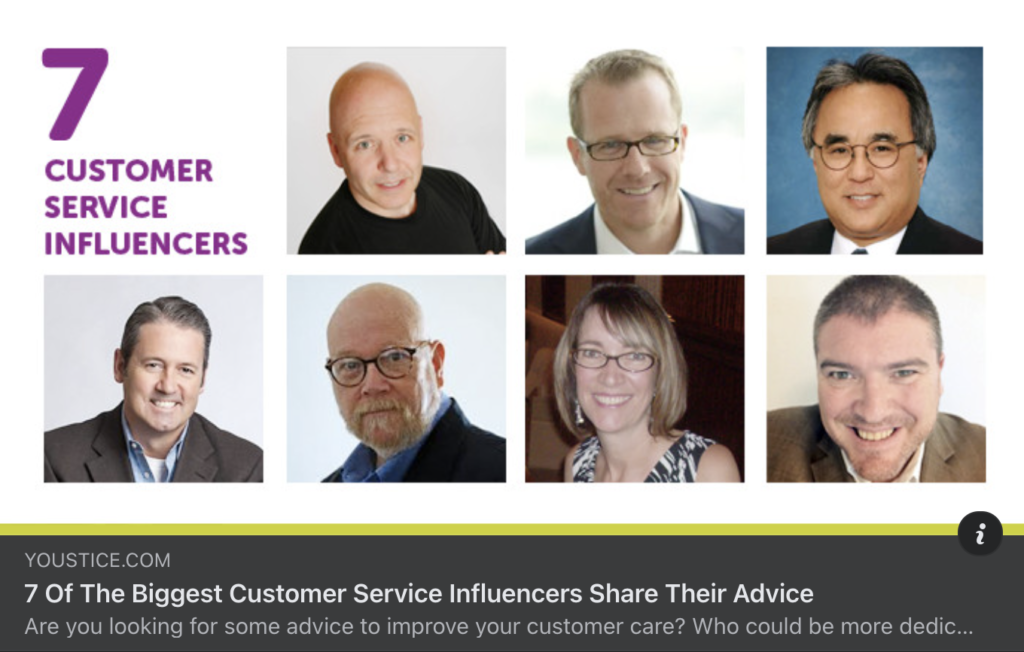 Back in the day, I worked with a startup called Youstice. It was an app that simplified customer service for e-shops, even if the shopper and customer spoke different languages. One of my jobs was to create content and distribute it to the target audience. The problem was nobody knew about us. We were writing blog post after blog post, with only a few reads of each article, which was… errr, just bad. Then I had an idea: what if I wrote to customer service influencers and asked them a simple question like, “What is the advice you’d give me on the topic of customer service if you could only give me one?” So, I shot it to 10 of them and waited. The next day, I received seven replies and compiled an article based on their answers.

After publishing, I sent the article to them. Most shared the article on their Twitters and LinkedIns, resulting in more than a 1,000% increase in visits compared to the same client’s average blog posts. And all for free.

Get Featured in LinkedIn Groups

Same client, same situation as above ☝️. This time I had a different idea: researching customer service LinkedIn groups. Remember, our topic was “customer service”.

I prepared a methodology and did some manual research, which took me about a day (this time, I would definitely automate it). Based on the research, I compiled a list of ten customer service groups worth following on LinkedIn and published it to all of the groups mentioned.

The result? The blog post was featured in almost all of them. Not to mention being linked to from other articles. People love it when you reward their hard work and recommend them. Help others and they will help you.

This story happened in the early days of my first agency (I launched one of the most recognised digital agencies in Slovakia, my home country 😉). We were focused on content marketing, so we created a persona template with an explanation of what it was and how to create one – it was in 2014 and many people hadn’t heard of the term. After that, we created Facebook and Google ads, as well as some blog posts, but neither had better results than the following hack.

We partnered with a website called Startitup.sk. Since then, they’ve become one of the largest media houses in the country, but at that time, they were just emerging and were collecting exactly our target audience – startupists. We created a series of five articles for them, each containing just one link to the lead magnet landing page. This simple hack had better results than both the Facebook and Google channels, combined with the bonus side effects of increased awareness among the target audience, securing many scheduled meetings and gaining six paying customers.

More Gastro Portal Users Thanks to a Funky Video Series

We once had a client – a startup gastro portal aimed at young people. Our challenge was to differentiate ourselves from all the competitors who had higher budgets for a single campaign than we had for the whole year. So we decided to partner with an influencer on the rise – a video blogger and standup comic called Bekim (actually, he calls himself a “sitdown” comic as he’s in a wheelchair). At that time, he was only famous in his circles – young people watching standups in Slovakia. Nowadays, though, he’s quite famous in the country.

Anyway, as we had a funny video blogger who could improvise, we created a video series about restaurant reviews and threw out the script. It was pure improvisation with just a few bullet points of what should be said in the videos. We made a blog post of each video and embedded the video there. This way, if you wanted to check out a restaurant, you found a funny review with an article directing you to the app where you could see other features of the restaurant and more reviews. We also created a lot of interactive content on social media, resulting in a 40% month-over-month increase in traffic to the app.

The lesson learned? Play with the cards you have and use your biggest strengths. For us, that was the product itself and an influencer we had access to.

I created the first marketing podcast in Slovakia, which of course, nobody listened to in the early days. I was happy when I had 15 listeners, but it started to get a bit frustrating. I was communicating with guests, preparing questions, having talks with them, editing, publishing and promoting the recordings, only to find out I had 15 listeners? Common! That’s when I figured out that if I did just a little more work, I could have a lot more content and achieve much better results. So I placed a camera in the studio (actually, it was a room, not a studio) and shot a video. Now I could simply edit the video and export the audio to have two types of content. On top of that, I cut 20-30 second trailers with the best parts of the interview, used images with quotes from the interview, wrote a short article as a teaser, and suddenly, I had zillions of content from a single session. Now, some people found the quote on Facebook, some found a trailer on YouTube or an Instagram Story, or they found an article in Google search results, but the best part was that it all culminated in an increase of my podcast listeners for very little additional energy spent.

To summarise, if you’re into growth hacking, get creative and go for it. I would only add two more things:

First – Until we got results, there was a lot of experimenting; the first shot was never the successful one.

Second – Even though these hacks could create some initial success, you need to have a strategy to grow further. Hacks are just shortcuts, but where do you shorten your path if you don’t have a plan? Find more information on how to create one in this article about having a go-to-market strategy or this one about growth marketing.

Do you want us to help you hack your way to success? Take a look at this link what we can offer and reach out to us.